Are Green Cups Replacing Red Cups At Starbucks This Christmas? 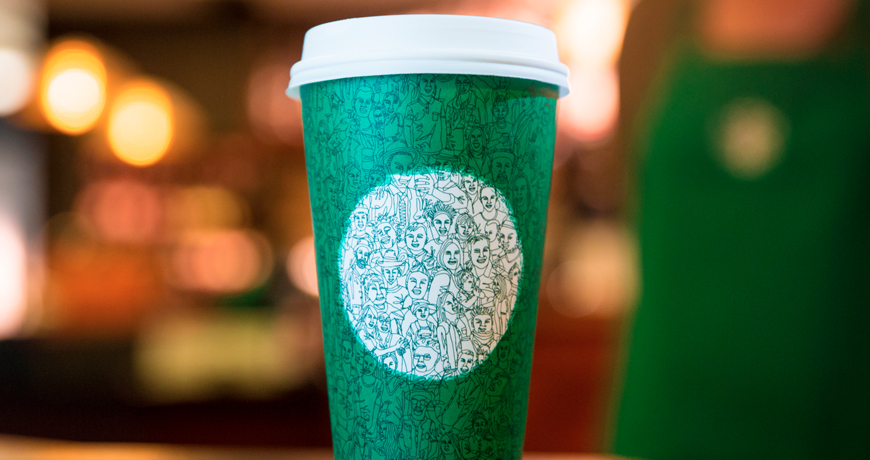 Usually in the first week of November, Starbucks start serving their holiday beverages in their famous red cups. But this year things are a little different and customers in the US will have to wait a little longer for the return of the Christmas drinks.

It's all to do with the election, starting this week, Starbucks will be serving coffee in a special green cup, don't worry, it's not a replacement for the iconic red cup but a promotion being run by the coffee chain for election week to encourage people to vote.

Once the election is out of the way, Starbucks will switch to its traditional red Christmas cups and launch its Christmas drinks menu. So look out for red cups in stores from around the 10th November.

During a divisive time in the US, Starbucks wanted to create a symbol of unity. A single line connects the figures. A coffee farmer, a family, a barista, friends embracing. A mosaic of more than a hundred people drawn in one continuous stroke is featured on a new Starbucks green cup.

Starbucks commissioned artist Shogo Ota to create the artwork. His threaded design represents shared humanity and connection, serving as a symbol for stitching people together as a united community.