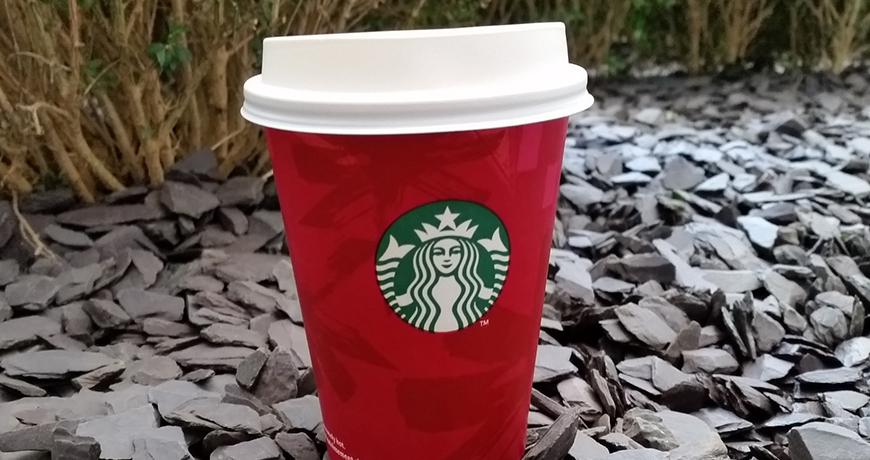 Give A Cup Of Kindness This Christmas

An anonymous coffee drinker has started a charity campaign to encourage fans of the Starbuck's Christmas drinks to spread a little cheer this Christmas by donating the cost of a coffee to homeless charity, Shelter.

Here's their reasoning, "I love an eggnog latte. There's nothing that makes me feel more festive than a warming syrupy hit of salted caramel caffeinated goodness, and Christmas isn't Christmas without an overpriced spiced gingerbread cappuccino. Or so I thought."

"There's something appealingly selfish about a festive coffee - it's opportunity to indulge in some 'me time', spending my hard-earned cash on a wintery treat to perk me up as the nights get cold and dark. Even Costa's Christmas coffee hashtag (yes, it's a thing) is #MerryChristmasToMe."

There's currently some angry people taking to Twitter about Starbuck's lack of an festive design to this year's cups, the charity appeal creator says, "whether it says 'Christmas' on it or not - there's something inherently UN-CHRISTMASSY about spending £4 on a warming cuppa, when there are so many people who would benefit much more from your disposable income."

It's not the intention of the charity appeal isn't to tell people how to spend their money or to put them off red cups all together. Instead, it's aim is to encourage people to pledge that every time they drink one of these costly cups, to share a cup of kindness with someone who needs it the most, and match the price with a charity donation.

Although the campaign isn't officially backed by Shelter, we here at Countdown To Red Cups are right behind it.